Back to Terrain Module

This article applies to:

Download the files for this example here: Cable Planning Using a TIN.zip

This example will demonstrate how to do setup profiles for cable analysis based on a TIN model.

The TIN model used was created from a LiDAR data set (trimmed down to keep the example size small). It is assumed that the reader is familiar with both TIN modelling and cable analysis. This example will explain how to combine the two. 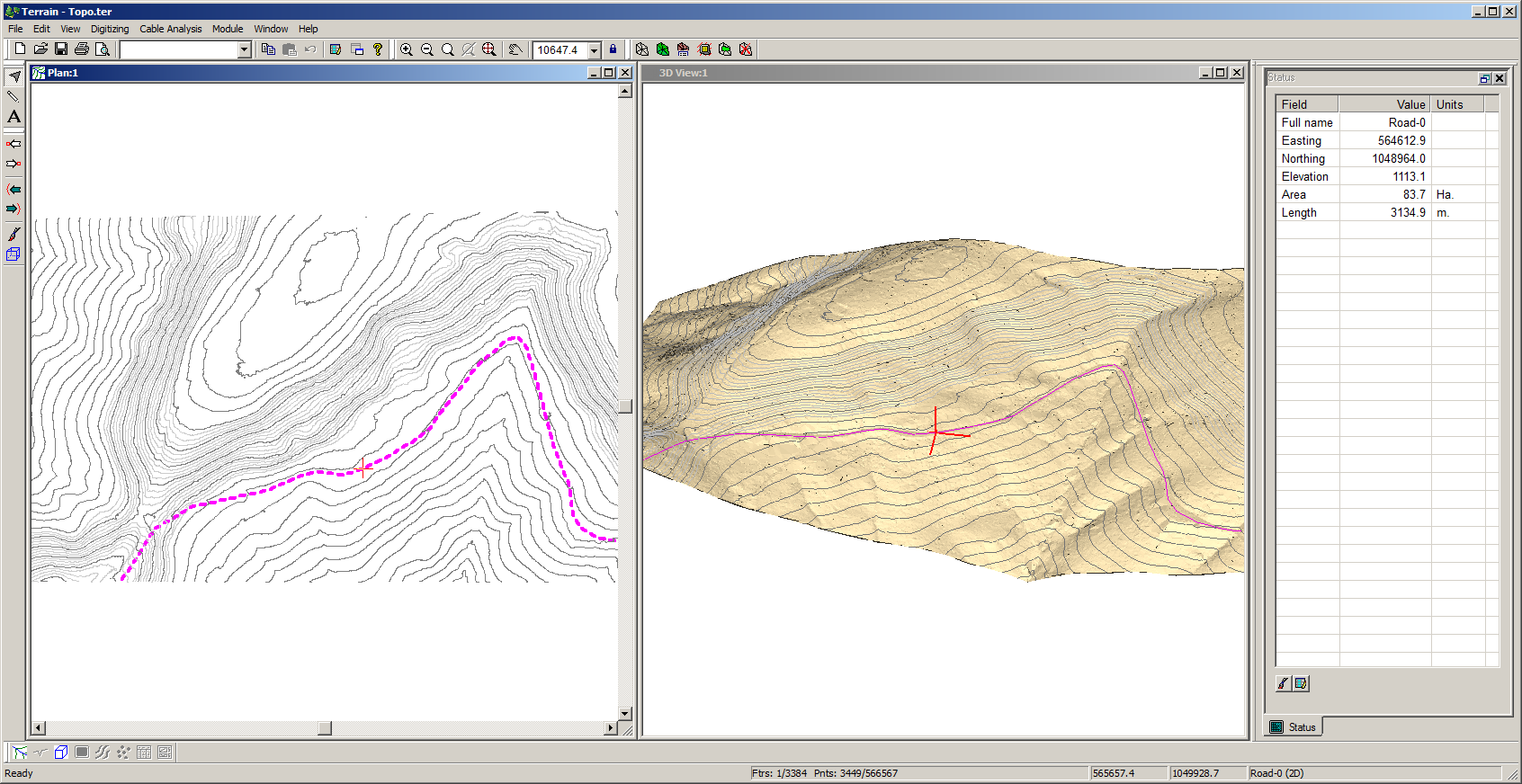 Note: Topo.ter has a TIN model, contours and a road centerline feature. We will add a cable logging profile.

Note: When Elevations is Off and Modelled is On, the feature is 'draped' over the TIN model.

4. In the Plan window draw a feature perpendicular to the road, similar to the one shown in Figure 3 below.

Figure 3: Profile Feature in Drawn in the Plan Window

Figure 4: Profile from a Draped Feature

We will now assign a cable system to the profile.

6. Choose Cable Analysis | Assign Setup and set the parameters as shown in Figure 5 below. Press OK.

Figure 6: D-line On the Profile

7. In the Plan Window click on the end point of the new profile and rotate it as shown in Figure 7.

A new feature will be created with a move/size box around it.

9. Move the new feature to a location similar to that shown in Figure 8.

Note: When we Duplicated the feature, the Cable Setup information was also duplicated. Thus is it easy possible to create a series of cable profiles.

11. This completes our example. Choose File | Exit. Do not save the changes.